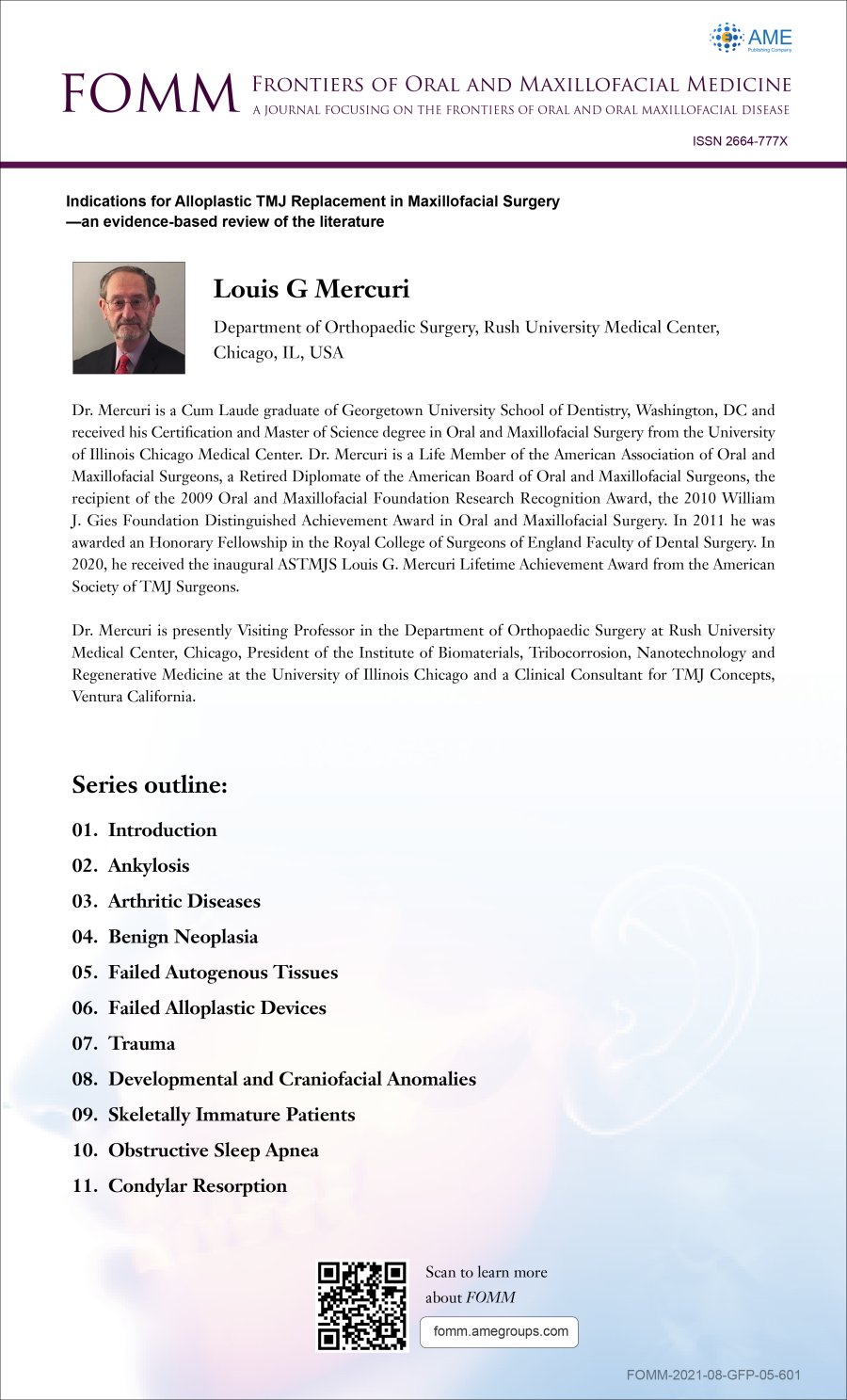 This series on Indications for Alloplastic TMJ Replacement in Maxillofacial Surgery – an evidence-based review of the literature is edited by Dr. Louis G Mercuri, from Rush University Medical Center, Chicago, IL, USA.

Dr. Mercuri is presently Visiting Professor in the Department of Orthopaedic Surgery at Rush University Medical Center, Chicago, President of the Institute of Biomaterials, Tribocorrosion, Nanotechnology and Regenerative Medicine at the University of Illinois Chicago and a Clinical Consultant for TMJ Concepts, Ventura California.

Disclosure:
The series “Indications for Alloplastic TMJ Replacement in Maxillofacial Surgery – an evidence-based review of the literature” was commissioned by the editorial office, Frontiers of Oral and Maxillofacial Medicine without any sponsorship or funding. Louis G Mercuri is serving as the unpaid Guest Editor for the series. 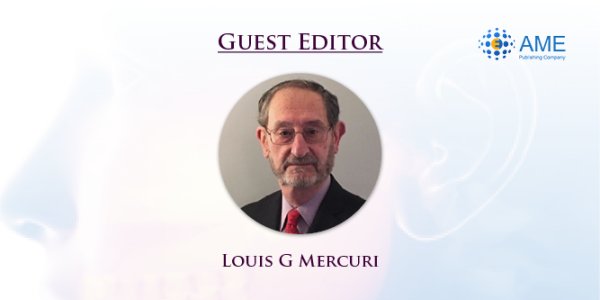