The influence of crown-to-implant ratio on marginal bone loss: a narrative review

However, the role of C/I-R on MBL is still unclear. C/I-R is the application in implantology of the prosthodontics parameter of crown-to-root ratio. Ideally, the ratio between the crown and the root should be 1:2, and a minimum of 1:1 for a tooth abutment is recommended. To avoid unfavourable C/I-R, these prosthetic concepts have been used in implant dentistry. C/I-R is calculated as the ratio between the crown and implant lengths. We can distinguish two different C/I-R:

In literature there are evidences that attest both the presence (10) and the absence (11,12) of a relationship between MBL and C/I-R, and one studies even deducted that high CI might provide a protective effect on bone loss (13). In addition, the introduction of short implant, to avoid bone augmentation procedure, lead to C/I-R higher and higher. A security threshold should be investigated to avoid biological complication and to guarantee the success of the therapy. The aim of this study is to elucidate about the role of C/I-R on MBL. We present the following article in accordance with the Narrative Review reporting checklist (available as http://dx.doi.org/10.21037/fomm-20-57).

The articles were identified through MEDLINE database (via PubMed) combined the key words: “crown-implant ratio”, “marginal bone loss”, “alveolar bone loss”, “short implants”. The search was supplemented checking references of the relevant review articles. The studies had to meet the following requirement:

❖ Mean C-I/R should be reported;

❖ Outcome measures should include at least bone changes;

❖ Publication must be reporting in the English.

The selection path of the articles is shown in Figure 1. 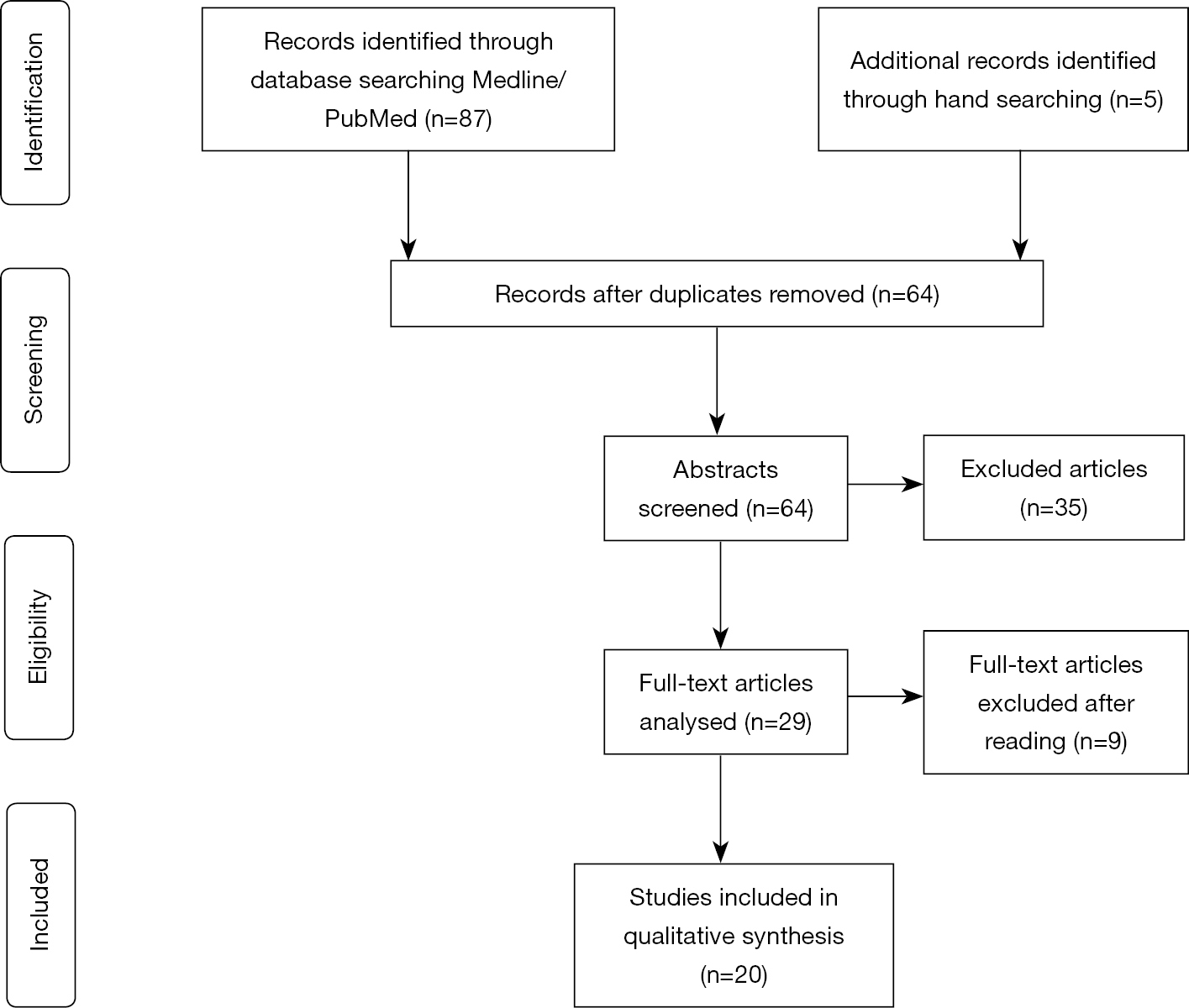 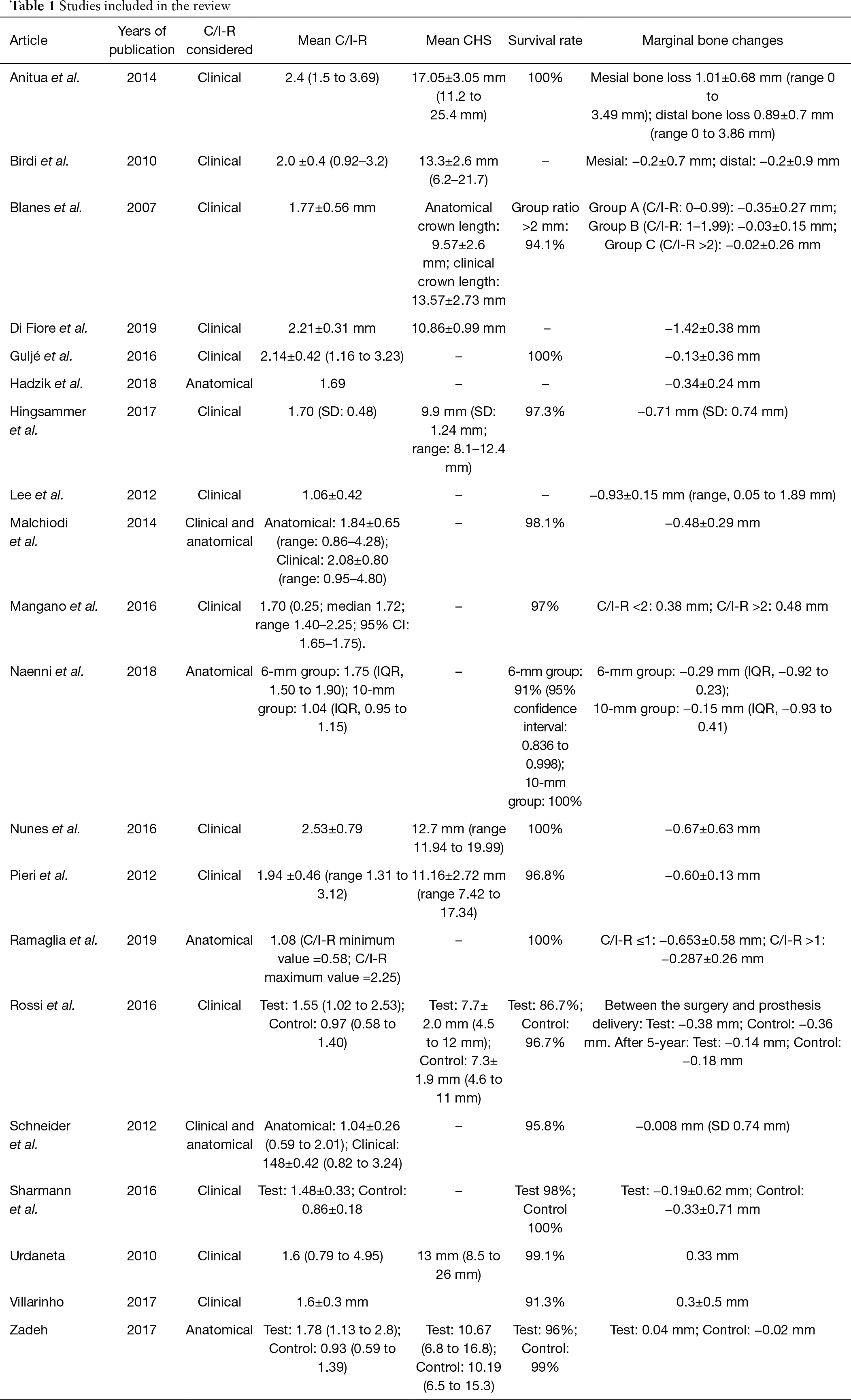 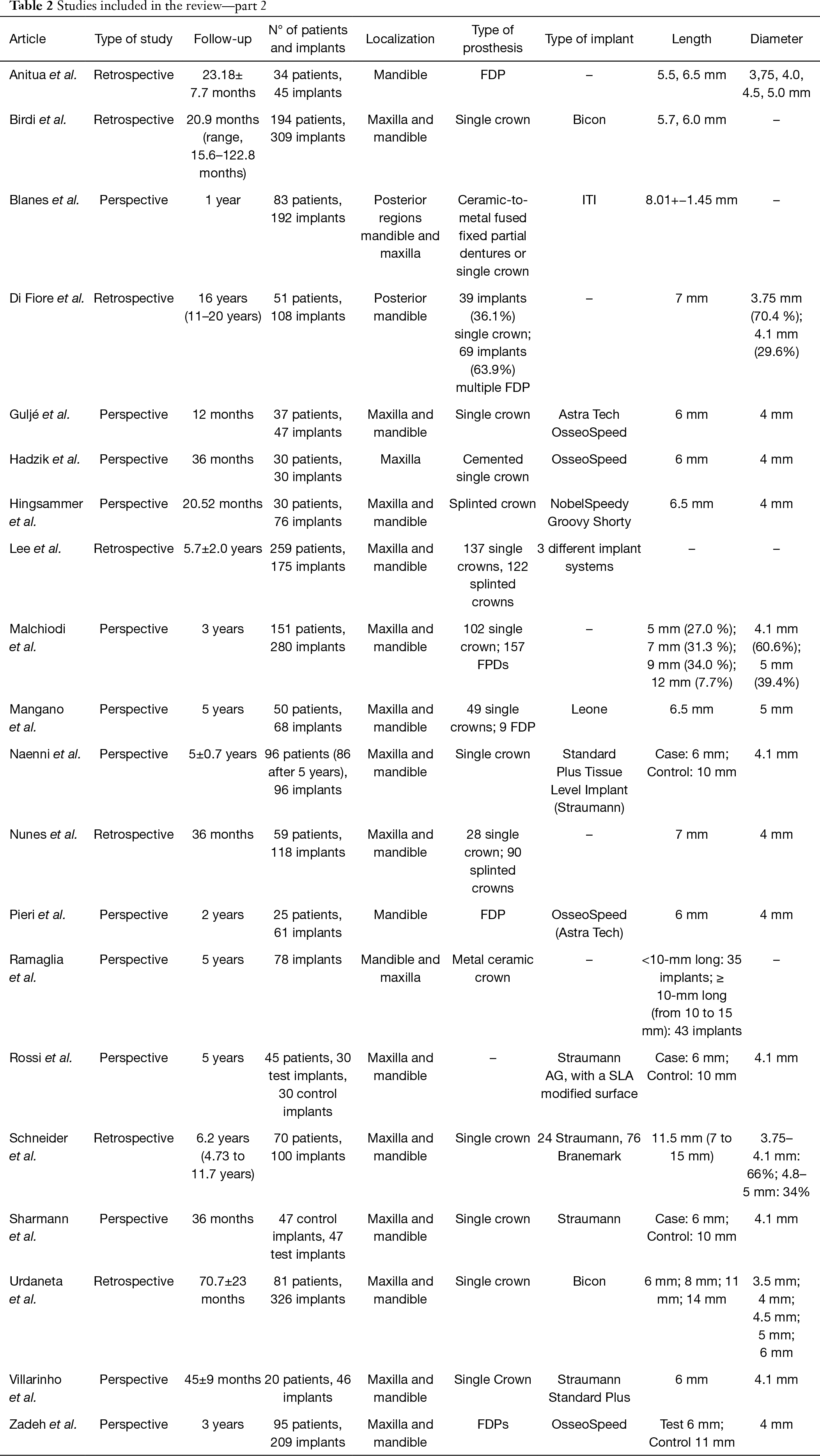 Biomechanically, unfavourable ratio may influence marginal bone through the lever mechanism. When subjected to lateral forces, implant restorations with long lever arm generate greater stress at the bone crest. It has been demonstrated in a cantilever model that crown height increased from 10 to 20 mm, lead to a proportional moment increment (34). C/I-R is calculated as the ratio between the crown and implant lengths. We can distinguish two different C/I-R:

Clinical ratio is considered a more accurate since the implant-bone interface is less rigid than the connection at the implant shoulder, due to bone viscoelasticity (16). Among the studies included in this review, many concluded that the relationship between C/I-R and MBL is not significant. Urdaneta et al. (31) concluded that larger CI ratio led to an increase in prosthetic complications but had no significant influence on MBL. In this study 16% of the sample had CI ratio >2. Nunes et al. (25) found a weak inverse correlation between CI ratio and MBL. Blanes et al. (16) stated that there were no statistical relationship between CI ratio and MBL. Birdi et al. (15) found no significant relationship between CI ratio and first bone-to-implant contact levels. Schneider et al. (29) concluded that technical and biological CI ratio had no significant correlation on the MBL, technical and biological complications and implant survival. Mangano et al. (23) found no correlation between MBL and CI ratio along time, with a 0.023 mm increase in 1-year bone resorption for every 0.1 increase in CI ratio. However, other studies found a stronger correlation between C/I-R and MBL. Di Fiore et al. (17) showed that, at multivariable analysis, C/I-R >2 was correlated with higher MBL. It was estimated that C/I-R >2 led to an increase of 0.28 mm in MBL. However, the authors underlined that this increment could be considered clinically irrelevant. Hingsammer et al. (20) concluded that a MBL of 0.71 mm is considered to be satisfactory and a C/I-R of 1.7 can be considered as a threshold to avoid early marginal bone changes. Malchiodi et al. (22) showed that implants with C/I ratio >2 had a MBL of 0.72 mm. Statistical analysis revealed that both anatomical and clinical CI ratio had a correlation with MBL. The authors concluded that, from a biomechanical point of view, to avoid excessive bone loss, anatomical and clinical C/I ratio should not exceed respectively 3.1 and 3.4. It was seen that C/I ratio resulted the main factor correlated to implant success and crestal bone loss.

The difference between all this findings can be found in various aspects. Many studies mixed together implants of different lengths; moreover, the definition of short implant is not standardized. Tawil and Younan considered short an implant <10 mm (35). Nisand and Renouard defined “short” implants with a length of <8 mm and extra-short the one <5 mm (36). Since the length of the implant seems not to be correlated to the lever mechanism, the portion that may be significantly correlated is the crown. In many of the previous mentioned studies, the crown-height-space was not considered in relation to CI ratio. Anitua et al. (14) analysed 45 extra-short implants with a mean CI ratio of 2.4 and a mean CHS of 17.05. Results showed that implants with MBL <2 mm had a mean CHS of 17 mm, while implants with MBL >2 had a mean CHS of 21 mm. Statistical analyses revealed that CHS had a positive correlation with bone loss. Nissan et al. (37) in an in vitro study showed that an increased crown height from 6 to 12 mm, in case of off-axis loading of 30 degrees determined a proportional increase stress distribution (17.72 vs. 30.09 MPa). CHS higher than 15 mm is considered as biomechanically unfavourable, resulting in increased stress at bone level. Failure were noted at CHS >15 mm and CI ratio at 1.75 when force application was at 30 degrees. The authors concluded that CHS is more significant than CI ratio in the evaluation of the adverse effects related to biomechanics, and studies about the effects of C/I ratio should mention both implant length and CHS in their results.

In this review was considered both splinted and unsplinted implants. Many studies underline that splinting crowns together could better distribute non-axial forces, minimizing their load to the restoration and bone, and increasing the load area (7). Moreover, splinting is recommended in case of poor quality bone to be reduced the marginal bone stress under horizontal load (38). Therefore, splint implants could alter the real impact of C/I-R on MBL resulting in less cervical stress for a better forces distribution. However, in an in vitro study Nissan et al. (37) proved the splinting implants can result in greater crestal bone loss.

In conclusion, according to a recent consensus of EAO (39), is possible to state that crown-to-implant not exceed 2.2 did not influence the possibility of biological complications and lead to a not significant MBL. Further research should investigate the complications of higher ratios, the implications of splinted implants on forces distribution and the role of crown height on MBL.