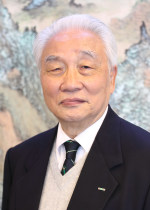 Prof. Qiu is engaged in oral and maxillofacial surgery over 60 years, specializing in oral and maxillofacial tumor surgery, maxillofacial plastic and reconstructive surgery, and TMJ surgery. He were awarded 36 times were awarded a number of national prizes, shanghai municipality prizes, etc. More than 20 books were published as Editor-in-Chief and more than 400 scientific papers were published worldwide. Prof. Qiu honored to be awarded the highest honor of IAOMS——“The Distinguished Fellow Award” (2009). 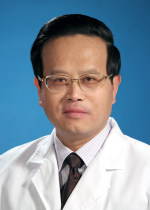 From 1998 to 2014, he was the dean of Ninth People's HospitalAffiliated to Shanghai Jiaotong University School of Medicine. At present, he is the Academic Leader of Department of Oral and Maxillofacial Surgery, which is one of the National Key Disciplines. He is also the director of National Clinical Medical Research Center for Dental Disease, the director of National Research Center of Clinical Medicine for Oral Disease and Shanghai Key Lab of Stomatology. Currently, he serves as Honorary Chairman of Chinese Stomatological Association, Standing Council Member of Chinese Anti-cancer Association, Honorary Director of Head and Neck Tumor Committee,Fellowship of Royal Dental School of Edinburgh(UK), Fellow of the International College of Dentists, Honorary Fellow of College of Dental Surgeons, Hong Kong University, as well as Honorary Professor of Osaka Dental University in Japan and the Fourth Military Medical University in China. Meanwhile, Prof. Zhang is the Editor-in-Chief of Shanghai Journal of Stomatology, and the Editor-in-Chief of State-compiled Textbooks of Oral and Maxillofacial Surgery.

Prof. Zhang specializes in clinical and basic research of oral and maxillofacial-head and neck tumorsas well as hemangiomas and vascular malformations. He authors 323 articles as the first author or the corresponding author, 113 of which have been indexed in SCI. Particularly, Prof. Zhang successfully carried outthe first prospective clinical trial of neoadjuvant chemotherapyin oral cancer in China. Thesefindings were publishedin well-known academic journals, such asJ ClinOncol, Cancer Reserch, Oncotargetand Carcinogensis. He is also the editor of 13 monographs, associate editor of 5 monographs, and co-author of 12 monographs (2 in English).

His work has been recognized by Award of Outstanding Young Expert conferred by the Chinese Ministry of Health, Medical Sciences and MateriaMedica Prize of Ho Leung Ho Lee Foundation, Outstanding Worker of National Science and Technology, Ten Elite Scholars of Shanghai Science and Technology. Six students have completed their postdoctoral research under his supervision, and fifty-five have received their doctoral degree, fifteen have received their master degree. 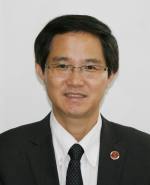 Prof. Jia-wei Zheng graduated from Shanghai Second Medical University in July 1999 with Doctorate degree on Oral and Maxillofacial Surgery under the supervision of Prof. Wei-liu Qiu, Member of Chinese Academy of Engineering (CAE). He is majoring in intervention and research of oral and maxillofacial neoplasms, especially hemangiomas and vascular anomalies. He had authored and co-authored 332 peer reviewed papers, comments and letters since 1986 both nationally and internationally. Among them, 89 were cited by SCI and many were indexed by IM and MEDLINE. The most important works are the formulation of “treatment guideline for hemangiomas and vascular malformations of the head and neck” published in Head Neck, 2010, 32(8):1088-1098, and “treatment guidelines of lymphatic malformations of the head and neck” published in Oral Oncol,2011,47 (12):1105-1109.

He had published 4 monographs as editor-in-chief (including one written in English), 2 books as associate editor-in-chief, and 23 books as chapter writer. He had won 2 National Science and Technology Advancement Awards. He is now the program leader and principal investigator (PI) of 6 grants from National Natural Science Foundation of China (NNSFC).